Report: Actress Anne Heche 'Not Expected to Survive' Fiery Crash, Will Be Taken Off Life Support

'Horrific on Such a Massive Scale': WaPo Reporter Taylor Lorenz Melts Down over CDC Coronavirus Guidelines

Accident involving an Xpeng car leaves one dead in Ningbo

Hundreds of ballots for California Gov. Gavin Newsom’s recall election, drugs and a loaded gun were found last week in a vehicle where a felon was passed out inside, authorities said Monday.

Police responded to a call of a man passed out in a vehicle in a 7-Eleven parking lot in Torrance on Aug. 16, the Torrance Police Department said. 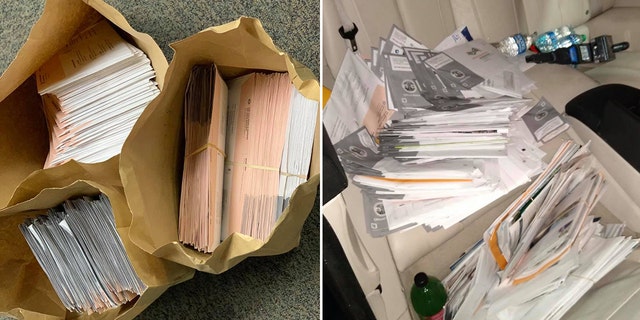 Police said over 300 recall election ballots were discovered among thousands of pieces of mail inside the felon’s vehicle. (Torrance Police Department)