Punishment For the Abusers of Choi Suk-Hyeon

Brain Freeze: Biden Struggles to Name His Secretary of Defense During Speech

Passenger Found with 3,200 Viagra Pills for 'His Friends' on Flight from India, Say Feds

Sanders: Biden ‘Said to Me’ that He Will Be ‘the Most Progressive President Since FDR’

A parliamentary hearing has been held by the sports committee at the National Assembly in Seoul on July 22, 2020. This hearing is about the abuse that led to the death of Choi Suk-Hyeon, who was a South Korean triathlete and rising star.

On the 26th of June 2020, Choi Suk-Hyeon took her own life after sending a  text message to her family using the app Kaokaotalk. She was only 22-years-old. The message reads : “Mom, I love you. Reveal the sins of those people.” 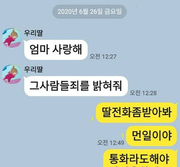 The last KakaoTalk message sent to her mother by Choi Suk-hyeon.

Choi was suffering from physical, sexual, and emotional abuse which she endured for years. She identified four key perpetrators who took part in her abuse. They were Kim Do-Hwan, a former teammate of Choi, Ahn Ju-Hyeon, the 45-year old “team doctor”, Jang Yun-Jung, a former team captain and ace player, and Kim Kyu-Bong, Choi’s own coach. Out of these four individuals, only Kim Do-Hwan attended the parliamentary hearing. Kim Kyu-Bong, and Ahn Ju-Hyeon have been arrested.

Kim Do-hwan testified that Choi was physically assaulted at least once a week. He also admitted to hitting Choi in the back of the head in 2016.

However, many of Choi’s former teammates testified that Jang had abused many athletes. In a police investigation into the abuse of former and current athletes at Gyeongju City Hall, more than 15 people said they were abused, by Ahn, Kim Kyu-bong and Jang. People were hit by objects ranging from lumber to metal pipes.

The Korea Triathlon Federation have banned both Kim Kyu-Bong and Jang for life and suspended Kim Do-hwan for 10 years. All three have appealed their penalties.

Sanders: Biden ‘Said to Me’ that He Will Be ‘the Most Progressive President Since FDR’

Japan Must Stop The Abuse of Child Athletes